Whatever Happened To My Sister? – Simona Ciraolo 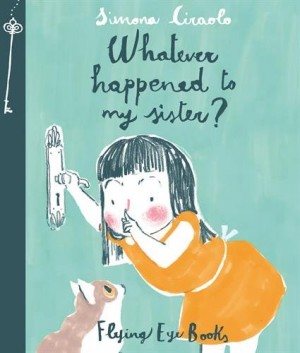 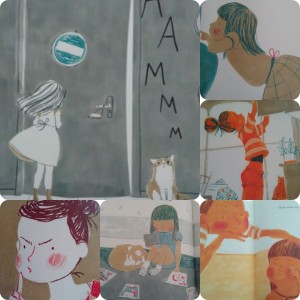 “I’ve had my suspicions for a while. But now I know the truth. Someone has replaced my sister with a girl that looks a lot like her…”

And so a young girl sets out to find out exactly what happened to her sister. Who is this new sister? Why does she never want to play anymore?

For anyone who has ever felt left behind, Simona Ciraolo, author of the best-selling Hug Me, paints a touchingly sweet portrayal of the transience of childhood and the mystifying experience of watching a sibling grow up.

Chaos Comments
I am a sister, a daughter of a sister, and a mother of sisters. My sister is almost six years older than me, so I experienced the huge gulf that happened when my sister became a teenager and I was still a little girl. Much of the time I’d say “I hate her!” but looking back at the photos, there’s lots of hugs and smiles. Now we’re a teeny (cough) bit older, I can’t imagine a time when I didn’t love her completely. My daughters only have a little over two years between them, so flit between loving the same things and playing together and seeming decades apart in their interests. With Posie being six and Bella almost nine, we’re fast approaching puberty and every day I’m amazed at how grown up Bella is looking.

This change from little girl to almost adult is captured perfectly in Simona Ciraolo’s illustrations.  The younger sister, and narrator of the story, is beautifully portrayed with that touch of puppy fat that young children have, while her sister has gained that litheness that appears in teenagerdom. The colour palette is soft and minimal, and beautifully effective. With a lightness of touch, Simona captures emotions on every page – confusion, anger, sadness, and happiness shine from the characters as the little sister investigates who has ‘replaced’ her sister.

Whatever Happened to my Sister? captures growing up and sisterly love perfectly and beautifully. It’s a gorgeously made book, fit for gracing the book shelves of any sister, or anyone who appreciates beauty. One we read over and over, and discuss growing up and changes – or just appreciate the story.